The goal of this project is to make a collection of links to ARDF web sites all around the world and present them on a map. So person not familiar with ARDF can easily find contact in his country. We used IARU site and regional ARDF sites to collect links. You are appreciated to send us a link to your country ARDF site.

What ARDF clubs contacts you want to see?

Welcome to the the world of Radio Orienteering. Radio Orienteering, also known as ARDF(Amateur Radio Direction Finding), is an amazing, adventurous, intellectual and physically demanding sport. It requires athletes to be ready to solve complicated puzzles while running in order to achieve their goal under difficult physical conditions and time limits. The goal is to find hidden transmitters (also called "foxes") in the forest as fast as possible by using only a direction finding receiver, a map, a compass and their orienteering skills. Other navigation equipment such as GPS, tablets, phones, etc. are not allowed. Only start and finish locations are marked on the map. Another challenge is that transmitters are not marked on the map, but are hidden, and transmit their signals in Morse code in one to five minute cycles. Runners must find five foxes on courses that are typically 8-12 kilometers. The rules of the sport and international competitions are organized by the International Amateur Radio Union 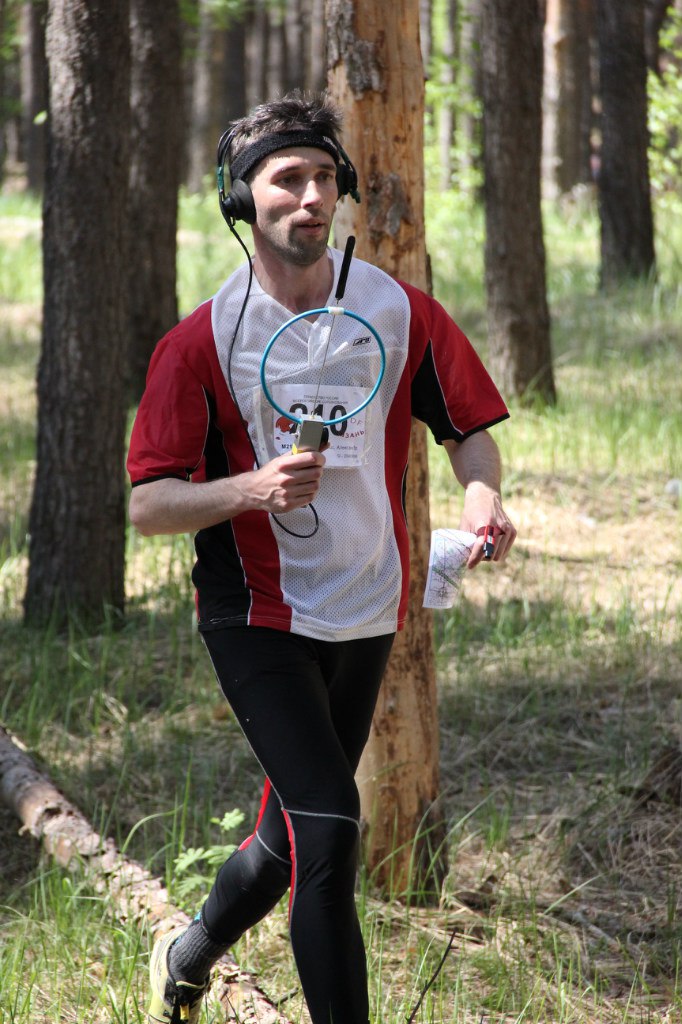 If you have not found ARDF contacts in your region, or have any questions please feel free to contact Alex Sheynis by email

I am also active as a ham. See the special Amateur Radio Holiday project

ARDF.CLUB presents
a film about an amazing sport
similar to chess
but instead of a chessboard – it uses a natural landscape
where intellectual capacity works in tandem with physical abilities

Radio Orienteering
or
A Chess Match on the Run

Natural landscapes, winding forest trails and fresh air. This is the arena for Radio Orienteering.

Radio Orienteering is an energetic, and adventurous yet intellectual sport. It requires physical endurance aligned with a sharp mind. The goal is to find foxes hidden in the forest as fast as possible by using a radio receiver, a compass, and a map. The sport is also known as Radio Foxhunting.

Just like on a real hunt, you feel the thrill and anticipation of closing in on your goal. Though, the fox is not a fluffy, red animal. The fox is a radio transmitter that sends out a signal. The foxhunter does not have a rifle. He is equipped with a special radio receiver. By operating the receiver, the hunter is guided to where the fox is hiding. Though, like its real fox, these foxes are sly, and finding them requires some skill on the part of the hunter.

Calculating your strategy begins as soon you receive your map, on which only the starting and finishing points are marked. You can immediately get a sense of the terrain and map out your route by predicting where the foxes may be hiding.

This is it. The chess match has begun. The first fox sends out a signal. The second.. The third.. Where to begin? A skillfully planned route may be the difference between failure and success.

Each hunter is in search of his goal, the fox. It’s hidden where the signal direction is the loudest, and amplifies even more as you approach it.

Sounds easy? Not so fast. There is more than just one fox. Each fox sends out its own unique signal alternately.

Two different bands are used to transmit signals. Each of the two bands is used during the competition. It is for this reason that the receivers and their antenna have different constructions.

So as not to rush randomly through the forest and lose valuable time, you must estimate the proximity of each of the foxes by measuring their signal strengths, and strategize an order and a route in which to hunt them down. Your every action is like the next move in a chess match.

Here is the hide-out of the first fox – a point marked on the hunter’s route. This marker or control point is represented by an orange and white flag. The radio transmitter is hidden here. The hunter quickly registers his capture, and runs off to the next fox.

Radio foxhunting has become a spectator sport. Satellite tracking allows spectators to watch competitions in real-time online. Blips on the map demonstrate the location of each participant, and the direction they are moving in.

Spectators can watch the competition online and cheer for their runner from anywhere in the world.

In radio foxhunting, running the fastest does not guarantee victory – you also have to be savvy with your strategy.

Recently, new competition formats have been introduced: the Sprint and Foxoring.

At last, the home-stretch, the final and most decisive flag. Here is where physical training may make the difference.

The first seconds after crossing the finish line are most emotional.

Here we have a future fox hunter.

The main in international events of Radio Orienteering are the Championship of Europe, the World Championship, and the Youth Championship. The seventeenth World Championship was hosted by Kazakhstan. Around 300 competitors from 25 countries came together in the beautiful pine forests of the Burabai National Park.

The last days of the World Championship: the Sprint and Foxoring competitions.

Of course results are important, as is the friendship and the sportsmanship among competitors. During these emotional moments, even common languages are useless to communicate the feelings they share with each other.

Medalists from different countries take their places on pedestals while the national anthem of the gold medal winner plays.

Radio Orienteering is not just a sport – it as immersion in nature, and a break away from the hustle and bustle of city living. It is an opportunity to travel the world, see new sites, and make new friends. Simply put, Radio Foxhunting is a fun and exciting time!